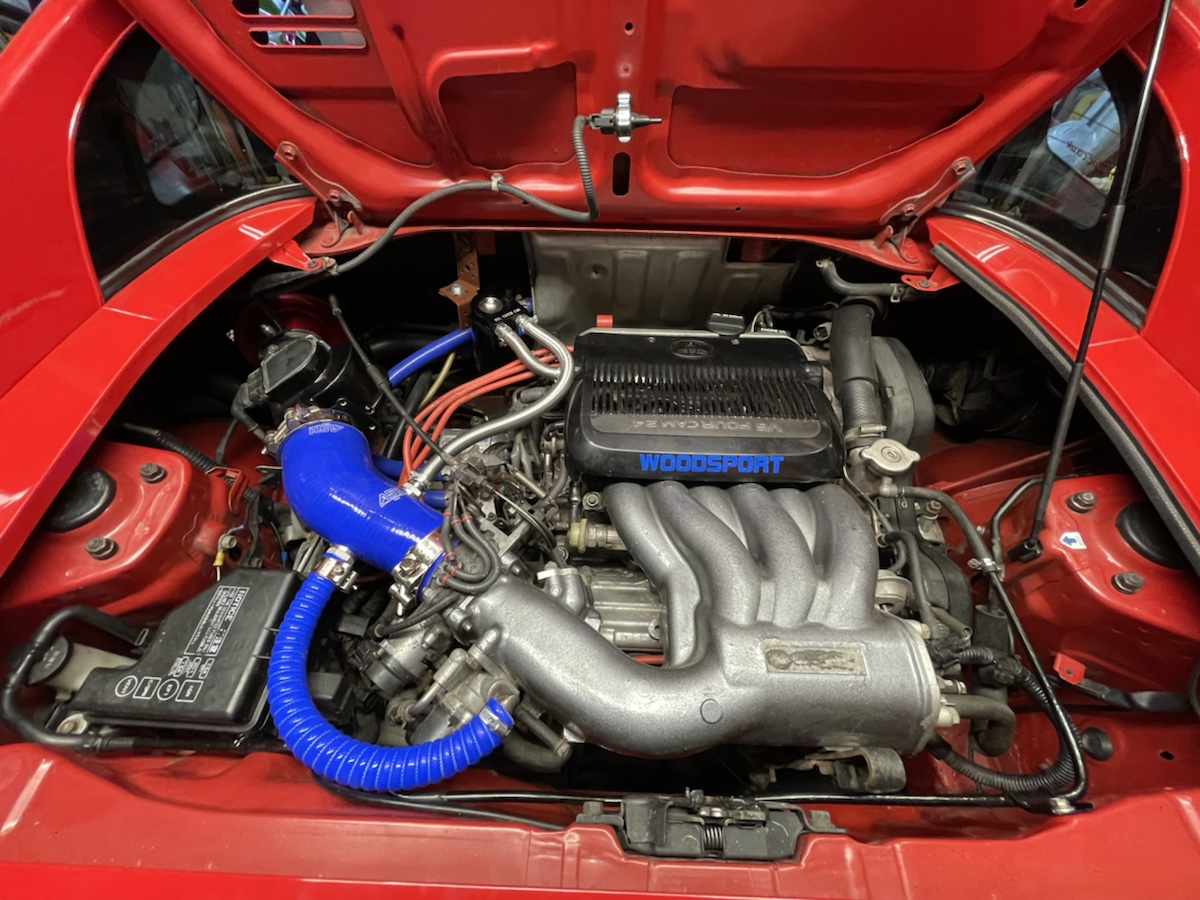 I have had my induction kit for quite some time now (Pipercross Viper) and some of the intake components are showing their age. My primary goal was to replace the rubber intake hose which sits between the AFM and the throttle body as this had a noticeable tear in the rubber (not all the way through yet).

I found a replacement part for it on Ali express which was cheap so thought I’d give it a go, and right sure enough when it arrived the part had the correct dimensions and the two breather ports either side. It was a bit on the thin / flimsy side though. I removed the intake components with the following action list:

As with any job of this sort though, this list would quickly grow as I noticed the condition of some of the other parts which could use some TLC also. The air ducting which takes the air from the side vent in the engine bay into the intake was seriously perished: ripped and even the reinforced wiring was rusted.

The intake hose had quite a bit of oil in it, which I initially thought “Uh-oh, that can’t be good”, but after a bit of research I have now learnt that the hose which comes into the intake from the manifold is actually designed to do just that. Releasing pressure from the engine which results in oil and gasses recirculating back into the air intake. And this is why oil catch cans are fitted – I had always wondered!

So with that, I decided now would be a good time to redesign the intake system which is something I had been considering for some time. I set about finalising my design and shopping list and ended up with this:

Hoses & Clamps all sourced from AutoSiliconeHoses.com

Some of the parts started arriving while I was cleaning up the intake and engine bay.

The air duct hosing is awesome stuff, it’s springs straight back into position but is really flexible. As with the reinforced hose which really can handle sharp angles while maintaining its flow.

The throttle body was also quite dirty and I can clearly see (although the photo doesn’t show it very well) that there is a significant amount of build up inside the intake manifold. My plan is to run some Seafoam through the intake after I have connect everything back up.

I took the opportunity to paint the AFM and coolant overflow pipe in some gloss black engine enamel:

While I was cleaning up the engine bay I noticed that the engine bay temperature sensor was not where it was supposed to be! It was just dangling into the bay with an incredibly rusty bracket, so I sourced some Terry clips which worked perfectly as a replacement

Cleaning in progress before I start to assemble the new components, I had to take the opportunity to improve the lighting above the engine bay to better see what I’m doing!

I spent way longer than I had intended to cleaning all the parts of the engine and bay that I now had better access to, eventually having to draw a line under it so I could start putting things back together. I started test fitting some components, and found some brackets to support the catch can in an appropriate position using the same bolt as the cross brace (it’s hanging loose here hence the odd angle).

I’m happy with the placement and the angles from the test fit. I’ve decided to keep the full length on the intake side of the reducer elbow and trim the side closest to the AFM back a couple of inches. This will allow me to support the AFM on the angle bracket pictured above, keeping it up off the fuel filler pipes below it, and bring the whole assembly into the bay a bit more as it was touching the firewall as it was.

Started up no problem at all and sounds good, ready for a test drive!