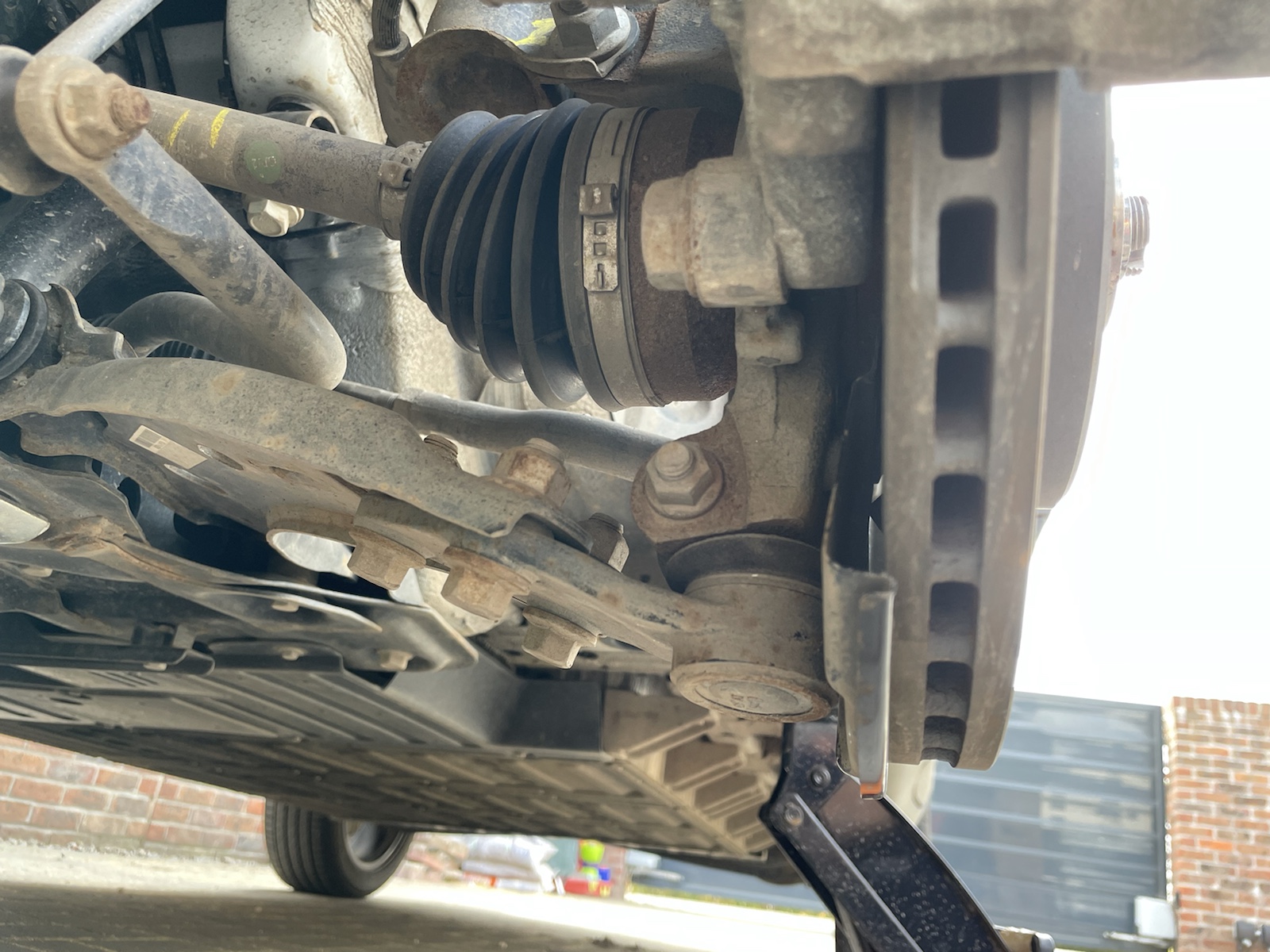 We set off in the MG this weekend and a very short distance down the road started hearing an awful noise coming from the car. It started low volume and at first we thought it was the radio! (it sounded like static), then we opened then windows and realised it was indeed coming from the car and getting louder, turning into a definite grinding sound (and a horrible one at that!). We immediately pulled over to get a look at it.

It was clearly coming from the front nearside wheel, but there was no clear sign of what was causing it. The car was moved back and forth a bit to try and identify the source, but really couldn’t see anything. I thought maybe the lug nuts had come loose or a bearing had failed, but there was no play at all. Checked for anything trapped in the disks / pads and dust shield and gave everything a good prod but nothing apparent! We abandoned ship and called the breakdown crew as I didn’t want to risk limping it home. A few hours later the recovery truck arrived and I was able to recover the car back to the house so I could get a better look.

As this is the first maintenance I’ve had to do on the MG, I had to check where the appropriate jacking and stand positions are. There’s a great post over on MGEVs.com showing the jacking points and Axel stand locations for the rear of the car, but I couldn’t see anything for the front. The jack points are pretty clear, but they are just the typical exposed pinch weld (same as the MR2), so I’m already familiar with how not to jack (i.e. applying metal to metal and crumpling the metal). Luckily my jack polyurethane jack protector for the MR2 fits quite closely (ideally I need a slightly taller version with a deeper groove).

With regards to axel stand locations I couldn’t find any info about suitable locations to use, but after inspection, I decided to use this location which is directly under a tubular support bar. You can see the tubular bar coming up from directly above the stand and curving towards the wheel arch where it connects to the body again.

Even with the wheel off, it wasn’t immediately apparent where the noise was coming from. Some stone chips had appeared between the brake disc and the rear dust cover, but there was no sign of a stone even when flexing and moving the dust shield.

The wheel being off allowed me to get right in about and get a torch in to see behind the disc and I could see the culprit now:

A stone is lodged into the recess of the inside of the disc, where it connects to the hub. I have no idea how a stone has managed to get in here as the stone is way to big to fit in the space between the disc and the dust shield. The only way I’m going to get it out, is to remove the disc!

There are two caliper slider bolts, protected by dust caps at the rear of the calliper. These are hex (Allen Key) style, and an awkward size 7 (which for some reason doesn’t come in most hex key sets!). I had to remove both slider bolts and hang the calliper out of the way while I worked (I first tried removing just the lower bolt hoping I would be able to pivot the calliper but it wasn’t happening). With the calliper and pads removed I would be able to unscrew the disc and hopefully I’d get enough play to drop the stone out without having to also remove the calliper bracket.

With the disc unscrewed, I was able to pull it back far enough to remove the stone which was seated quite comfortably in the recess of the disk – which is a good thing as it means the grinding noise was just the stone contacting the dust shield and there was no damage to the surface of the disc itself. The gap between the disk and the shield as shown above, is only because the disc is lose, the stone itself is far bigger than the normal gap so I am still at a loss as to how it got in there.

I recompressed the piston slightly (although I didn’t really need to as I wasn’t fitting new pads) – it is a large, single piston – then popped the pads and calliper back together. The rear pad has a large metal clip on it so it actually fits into the piston itself.

I couldn’t find any vehicle specific service manuals or info out there on the correct torque settings, so I’ve used the following from similar vehicles:

With everything reassembled and torqued back up, a test drive was performed and it’s back to full health.