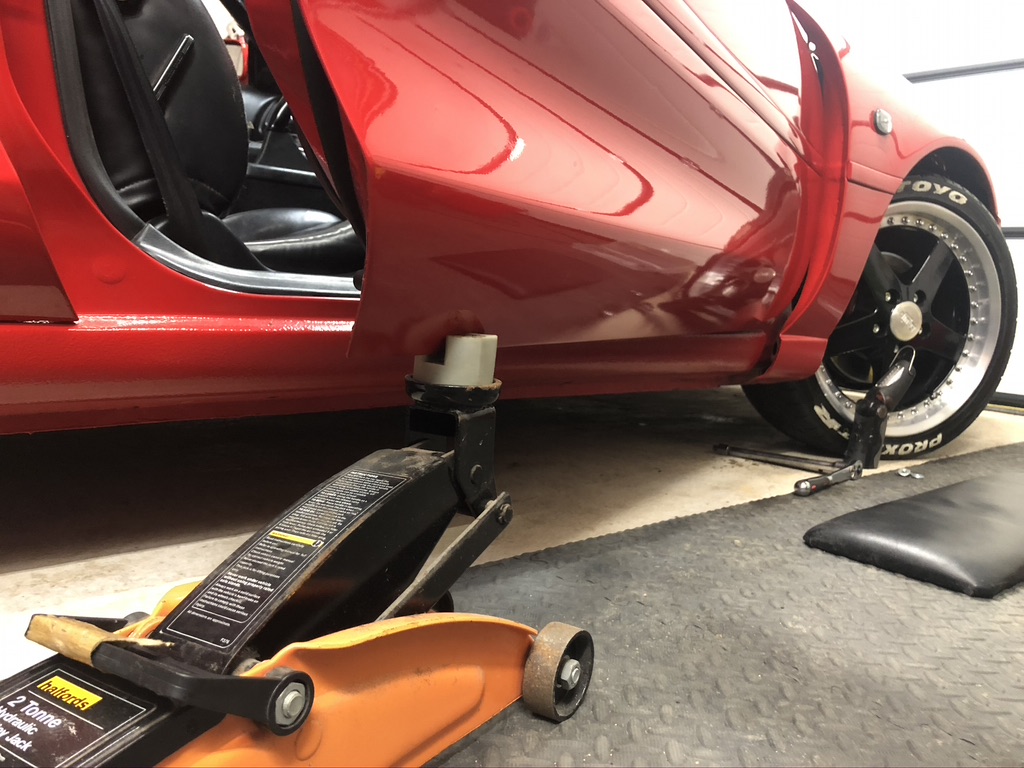 Having rebuilt the drivers door while the car was away, I didn’t get the opportunity to check the door and window alignment. When I got the car back, the alignment was completely off with the door striker, striking the body of the door instead of the latch. The window also featured a large gap at the top about finger width and would not make a good seal.

Door sag on the drivers side is a common issue when the car is this age, with the drivers door getting the most use and is normally a result of the lower hinge (car side) wearing / sagging. Rather than replace the hinge, I thought I’d have a go at simply rotating the hinge slightly to compensate for the sag. Once the door was aligned I would then working on the window positioning.

Jacking the door up about an inch with a rubber protector to prevent damage, takes the weight off and allows the hinge to be adjusted:

As I am currently running without arch liners, unbolting the front wing was nice and easy. Rather than removing completely I simply removed enough bolts to be able to move it out of the way enough for a socket to slip between door and wing. 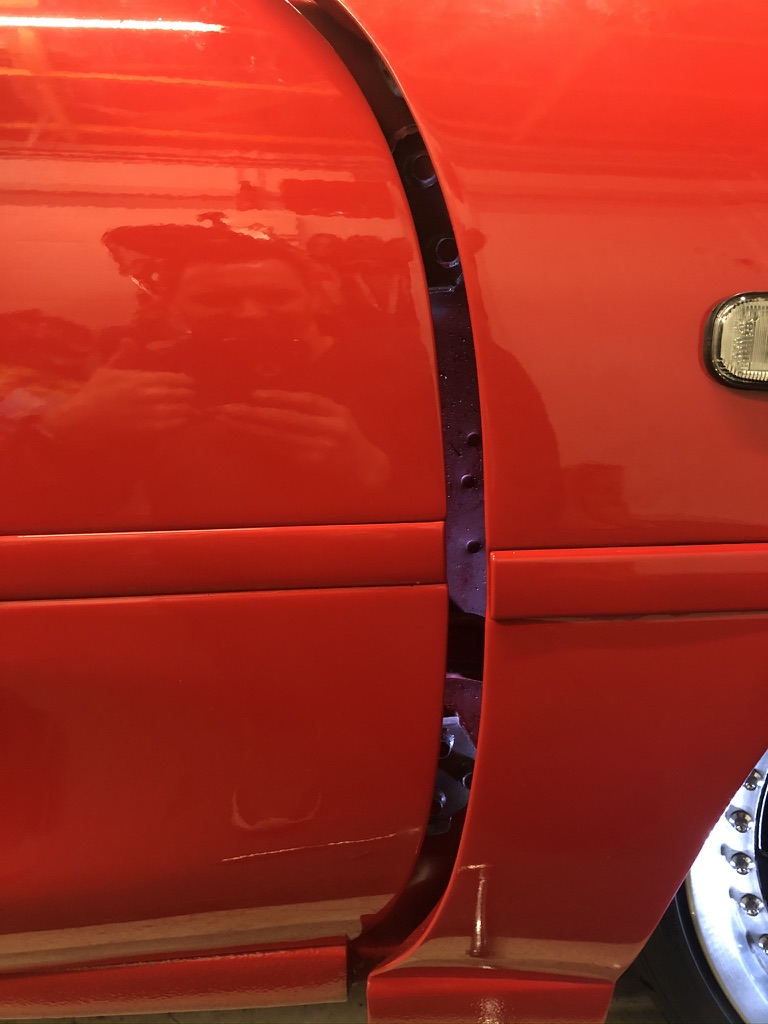 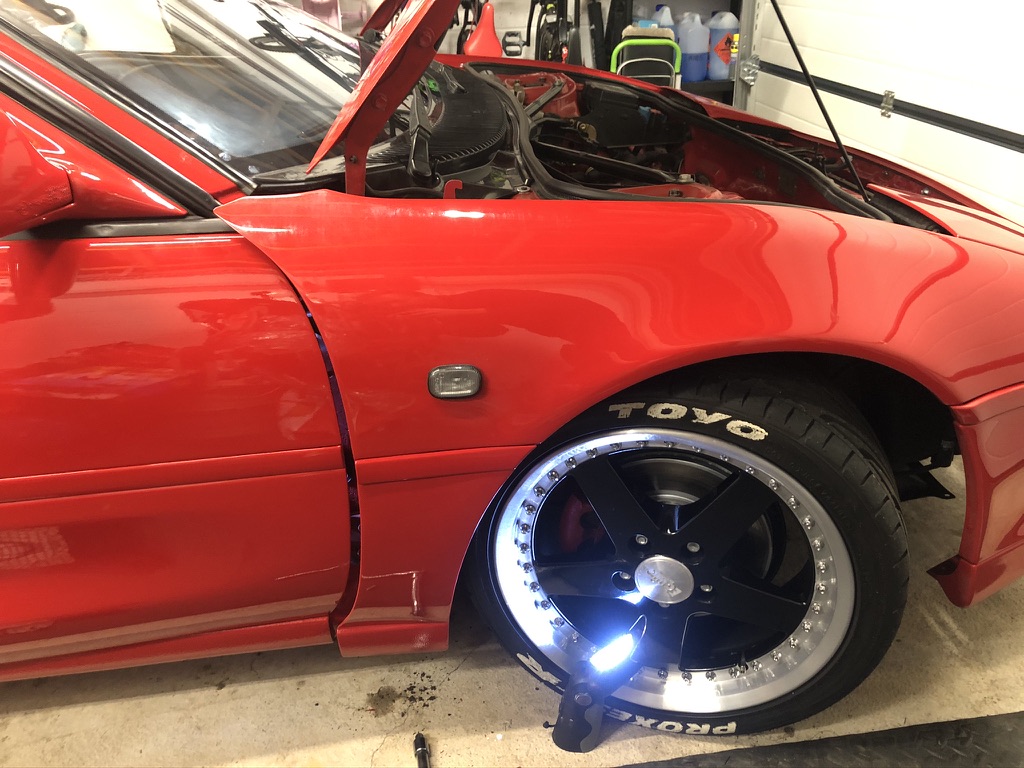 Loosened the hinge bolts, jacked the door up a little more to help them rotate, then tightened up again. This took a good bit of trial and error (given the sag of the hinge), to get the door on target, but eventually the alignement looked good: 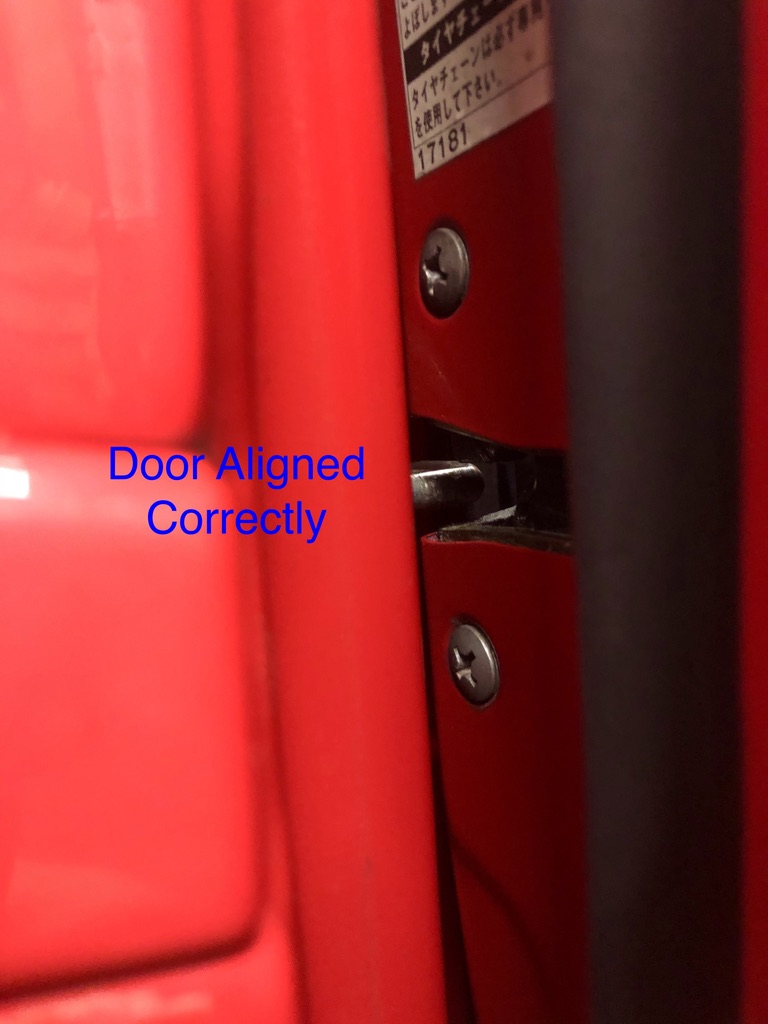 With the door alignemment corrected it was time to tackle the window, which was now sitting too high and leaning outwards too much:

Of course I had accidentally left the keys in the ACC position while working on the car so when I came to work on the window the battery was completely flat, meaning I couldn’t lower and raise the window – doh! So popped the charger on overnight and resumed later. The window took a lot of trial and error, and it took me a while to understand what I was seeing in the guide:

After adjusting mainly the two bolts labelled (a) by losening them, the window stopped clunking when raising and is sealing better with the rubber. I also had to adjust the upper stops (c), as the window was extending too high (protruding slightly throught rubber on the wing mirror surround).

Being so close to the window for a prolonged period of time…. I couldn’t help but notice that the recently refurbed/glued weather strip was not fairing very well – it looked awful, peeling up at the end where it was glued, plasti-dip chipped and peeling and a bit of red overspray. Time for it to go, luckily I still had a spare which was in “OK” condition, so decided to simply go for a light sand and multiple coats with trim restorer. I like how it looks and I’ll keep treating it to try and maintain it.