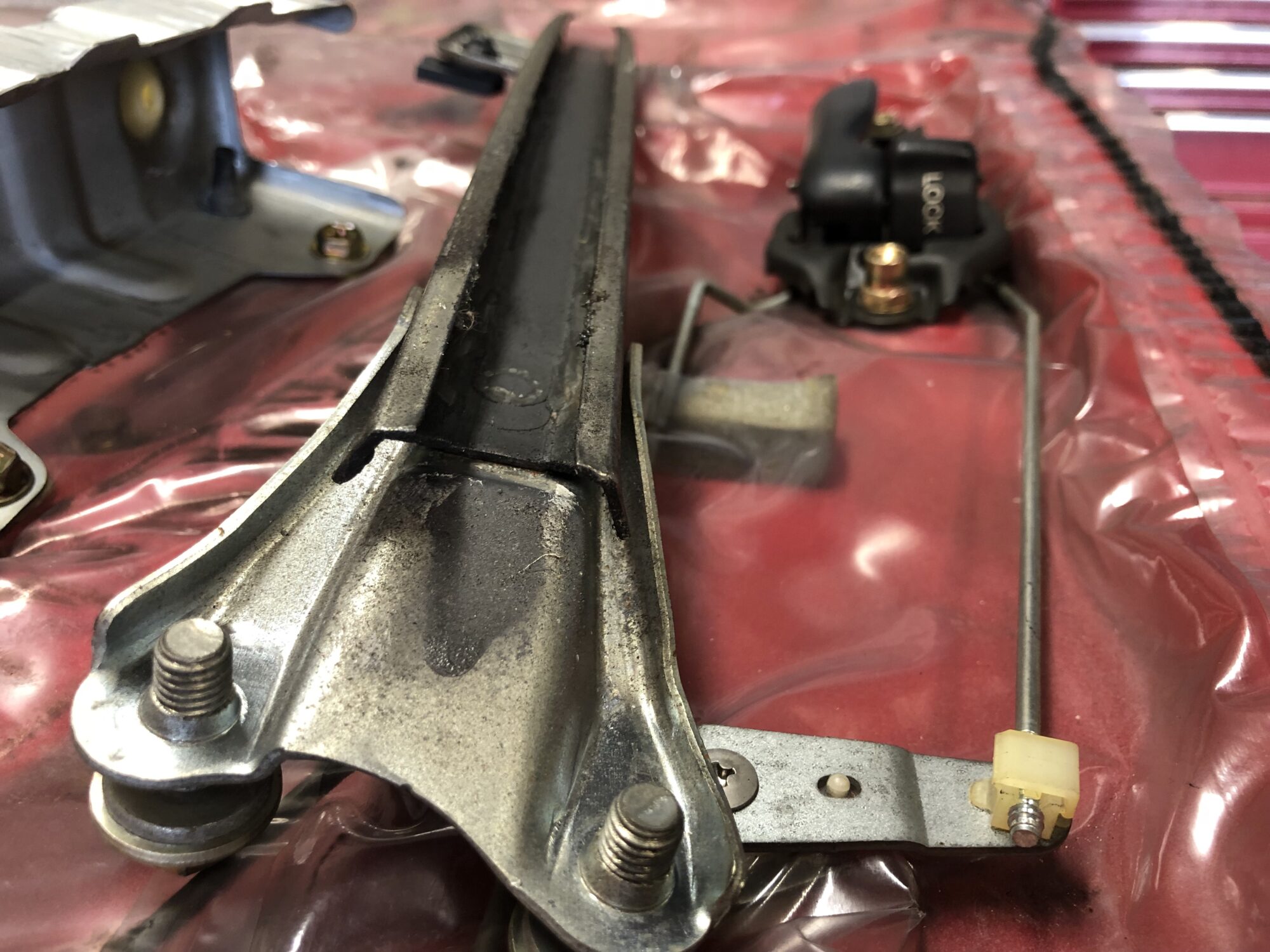 Having already replaced the passenger door, it is now time to tackle the drivers side. Both doors had succumbed to rust along the bottom edge:

The donor door comes from an import so has some differences that make the replacement more complicated than simply swapping them over.

The owner of the donor door decided to chop the loom between the car and the door for easy removal which unfortunately means I have to remove and it replace it. I have sourced replacement JDM looms:

The donor door also comes with electric retractable mirrors which my previous door did not. The JDM wiring loom accounts for this but an additional relay is also required for inside the vehicle which I have sourced but will have to be wired in. The new door also originally had a rather nice, unscratched window with it – which I was really looking forward to using! But unfortunately I accidentally smashed it when my weights bench fell over and tapped the window (which was up), shattering it completely. Most of that shattered glass of course ended up inside the door adding an extra challenge to the rebuild.

One thought on “Drivers Door Rebuild”