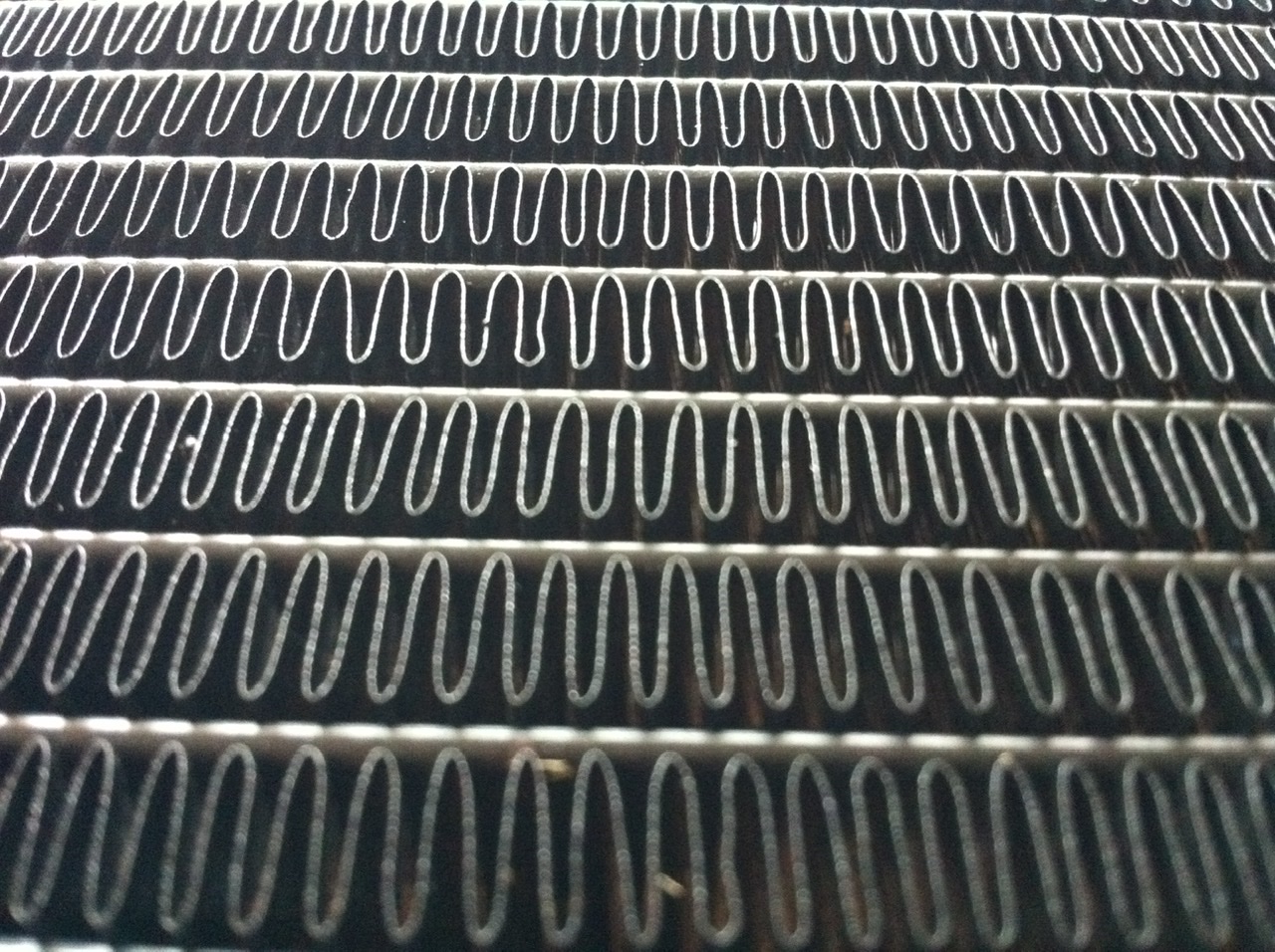 Mister Two had been suffering from coolant leaks and temperature problems for a while. It’s not hard to see why when you look at the condition of the radiator and the original hoses. The radiator looks like it has taken quite a beating, with most of it missing – likely the result of not having any protective mesh fitted behind the front bumper. So that is something I would rectify while changing out the radiator.

I’m not sure why, but I neglected to take an after shot of the new mesh fitted with the pillar covers in place, but it disappears nicely and looks nice and neatly in the grill. The new radiator and hoses hold the coolant and maintain a consistent temperature which is nice. The next time I have to do this I will go a bit further and replace those worn rubber brackets and supports as well as refreshing the paint in that area.