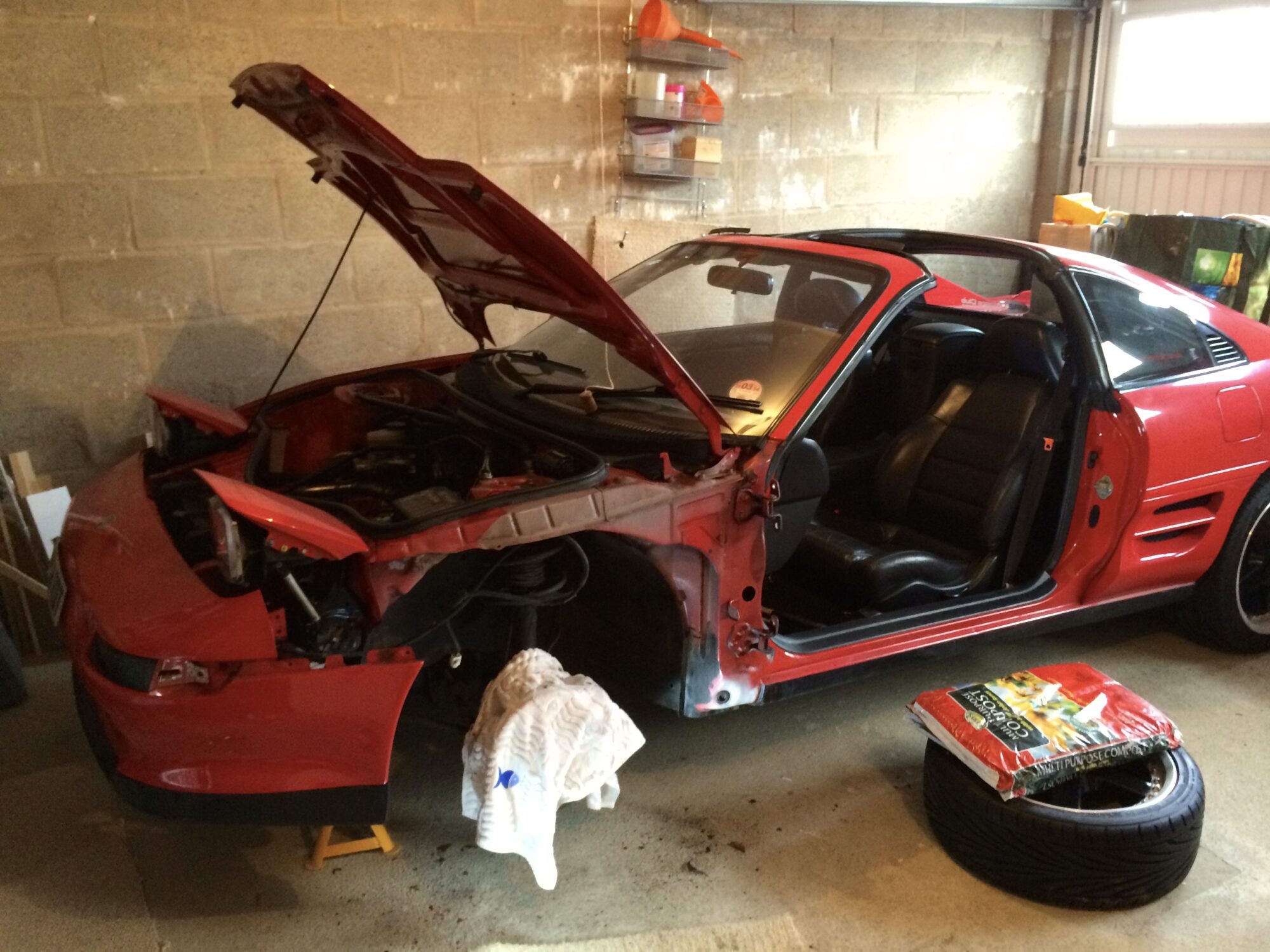 With both doors having succumbed to rust along the bottom edge, it was time to tackle them, starting with the passengers side.

My first thought was to pop to the local scrap yard for a door, which I did. I was able to pick up a door for for £20 which seemed in reasonable condition. However I didn’t really think it through – it was the wrong paint code, and the weren’t exactly careful with it (putting it paint side down on the concrete floor while I collected it). All was not lost though, I used this door as a practice door / reference point, stripped it fully and kept all the parts as spares.

I then found a complete pair of JDM doors, all inclusive with retractable mirrors (although I didn’t know this at the time of purchase, it was a pleasant surprise). They were located 5 hours away though in Stranraer! I managed to haggle a great deal based on the travel and secured them for an amazing £100 for all. I took a wee road trip in the Countryman (Yes you can get two full MR2 doors, (windows up!) in a Mini Countryman!). I separately acquired the additional relay required to make the mirrors function. After collecting the doors it was unfortunate to realise that they had cut the looms at the door hinge instead of just spending an extra ten minutes undoing the connector – this shattered my vision of just bolting the cars on. Instead I would have to replace both door looms entirely and rebuild them completely (purchased a set of looms from Ebay).

Yes you can get two full MR2 doors, (windows up!) in a Mini Countryman!