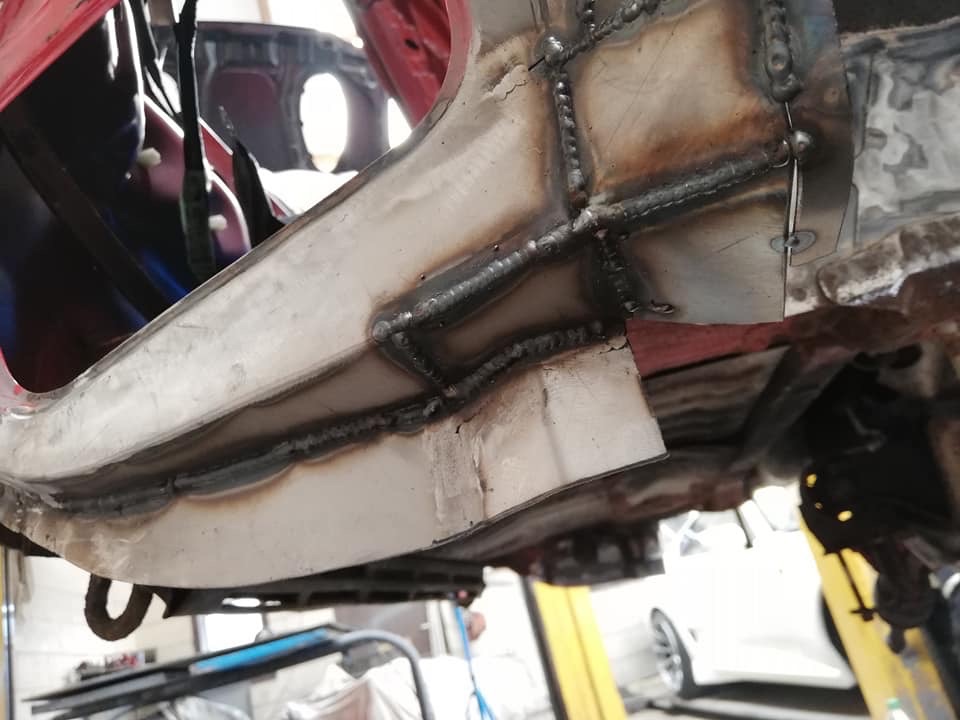 Following on from my initial look at the MR2 Rust, it was clear that this was a big job that I wouldn’t be tackling myself. With the car having been SORN since March 2014 while I worked on bits and bobs at my leisure, I made a concentrated effort in 2017/18 trying to find a garage in the north east of Scotland to help. I had a few encouraging starts but they all eventually fell through and I was ready to give up. But then I was passed the details of KDKustoms in Lochgelly (thanks David Taylor!).
KD were absolutely amazing at communicating regarding the car. Given the distance between the garage and the shop, I couldn’t just pop round for an inspection so we started over email with pictures and descriptions of the problem areas, and spoke on the phone – I immediately had a better feeling about having my car in their care then any of the other garages I had dealt with. Neil reviewed all of the info before providing several options and price estimates for how we could proceed – all of which were at the right level of detail and showed he completely understood what I was looking for. We agreed on an option and arranged to have the car shipped from Aberdeen down to the Kingdom of Fyfe at the end of April 2019. I kept the drivers door so that I could strip and replace it while the rest of the car was being worked.

After receiving the car and inspecting, there were some additional items added to the original plan, but nothing major (until the sills were looked at). So we agreed on a plan to tackle the following:

My sills had already been repaired in 2012 (at a local garage in the North East) so I thought that they were all good. However it quickly became apparent that they had not repaired or prevented any of the internal rust and basically just put shiny metal over the top of the problem.

Here are some before and after pics:

Some pics of the work in progress:

Finally, as of the 26th of August 2019, the car is back to (or rather, far beyond) its original condition! As I type this, I am waiting to jump on a train to collect the car – can’t wait!